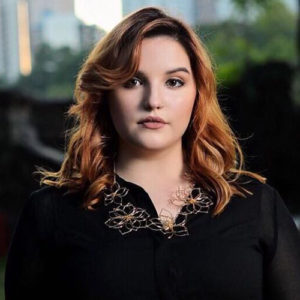 RACHAEL OTTINGER is a recent Theatre Arts graduate of The University of West Georgia, and is excited to join Aurora’s AppCo19. During her time with the university, she designed a wide variety of costumes including period clothing to postmodern and fantasy. Some credits include costume, makeup, and hair design for Whispers and Lies, as well as The Scarlet Letter. Rachael was nominated for The Kennedy Center American College Theatre Festival for her work with The University of West Georgia multiple times. Her most recent work includes assistant design for Alan Yeong on Serenbe Playhouse’s Peter Pan.