About The Artist FAQ Virtual Producers

Aurora Theatre Our Stage On Screen welcomes back the entrancing Lorraine Rodríguez-Reyes as she takes audiences into an unrestricted examination of motherhood. From childbirth to the empty-nest and everything in between, the emotional rollercoaster ride of maternal love is brought to life through real-life stories from women of all ages and circumstances. Lorraine portrays 10 mothers who are fierce, funny, protective, loving, sad, joyous, proud, unapologetic, remorseful, provocative and amazing women. Mami Confessions was the winner of the ONE Festival in NYC, and Ms Rodríguez-Reyes is not to be missed having performed in theatre all over the world, in film and television and she holds a Master’s Degree from Harvard’s American Repertory Theatre (A.R.T.)/Moscow Art Theatre Institute for Advanced Theatre Training.

Our Stage On Screen brings the theatre to you!

The quality and excellence that Aurora Theatre brings to live performances are coming to your home screen. We created a sound stage in our Studio theatre by removing all of the seating. We assembled the actors, musicians, a director and a small film crew, safely distanced and with health precautions. The filmed performance will then be available for your enjoyment at the time of your choosing.

Like theatre tickets, your purchase is valid for one viewing. Unlike live performances, you don’t need to buy tickets for everyone or worry about getting bad seats. It’s your house so you get the best seats every time. You schedule the best time for you within the streaming window for your very own private screening of Mami Confessions.

Lorraine Rodríguez-Reyes, MFA – Harvard’s American Repertory Theatre (A.R.T.)/Moscow Art Theatre Institute for Advanced Theatre Training illuminating an acting career that has led her to the stages of Cherry Lane Theatre Verse Chorus Verse, Mint Theatre On The Edge, Repertorio Español La Gringa, Theatre Row A Bicycle Country, Dog Day Afternoon, Columbia Stages Three Sisters, LaTea Theatre GlassChord, The Importance of Being Blanca, Moscow Art Theatre Dostoevsky Demons and Melancholy, a show she did at the beginning of her career at Harvard, directed by Scott Zigler; and the role of La Extraña in De Dónde at The Looking Glass Theatre which earned her an OOBER Award. Lorraine’s one woman show Mami Confessions was the winner of the ONE Festival in NYC and had two runs Teatro Circulo and at the Kitchen Theatre, Ithaca NY. Lorraine also co-wrote Cuatro Mujeres which premiered at the prestigious FILEY 2017 Festival Feria Internacional de la Literatura Mérida, Yucatán México. Cuatro Mujeres had its stateside premiere at the Aurora Theatre. Television credits: CW Legacies, NBC Good Girls, Tyler Perry’s The Have’s and Have Nots, HBO The Sopranos, recurring Guest star role on ABC “What Would You Do?”, Diversity Inclusion Playbook for ESPN and Cookin’ in Brooklyn for Discovery. Film: Lifetime movie, Room for Murder, Eli Moran, Taught to Hate, The Stick Up Kids, Willets Point, nominated for Best Dramatic Actress at The Long Island International Film Expo.

Is this an in-person performance at Aurora Theatre?
No. Mami Confessions is a virtual streaming performance which will be released on November 20 and available to view until November 29.

When will I get my link?
On the evening of November 20, we will send personal links to everyone who has purchased advance access to the show.

Is there a time limit on my link?

Your personalized link can be redeemed at any time during the streaming window.  Once you have redeemed your code in your Vimeo application, the video will be available to you for 72 hours. All links will expire on 11:59pm November 29.

Insider tip: save your email with your personalized link and redeem only when you are ready to watch!

Can I start watching on one device and switch to another?
We are using Vimeo as our video hosting site. As long as you can access your Vimeo account, you can watch the show on any streaming capable device.

I’m a season subscriber and my subscription was converted to a membership, is this included?
It is. Your credits (8 for regular memberships and 10 for Star Pass members) are redeemable for access to limited streaming of Mami Confessions.

How do I redeem my membership credits?
Click on FOR MEMBERS. This will take you to the Subscriber Portal and a form to fill out. Our Box Office will contact you when the streaming link is available to complete your order.

I am going to watch this with my family of 5, do we need tickets or credits for each of us?
No, with Aurora Theatre’s Our Stage On Screen productions, you only pay for the number of devices you’d like to stream on at the same time. 1 play on 1 device = $25 (non-members)/1 credit (members).

Can I watch it on my Smart TV?
We are working on making the content available through Roku or Amazon Fire for you to easily enjoy on your television.

Click here for a 3-show savings,
including Mami Confessions! 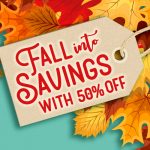 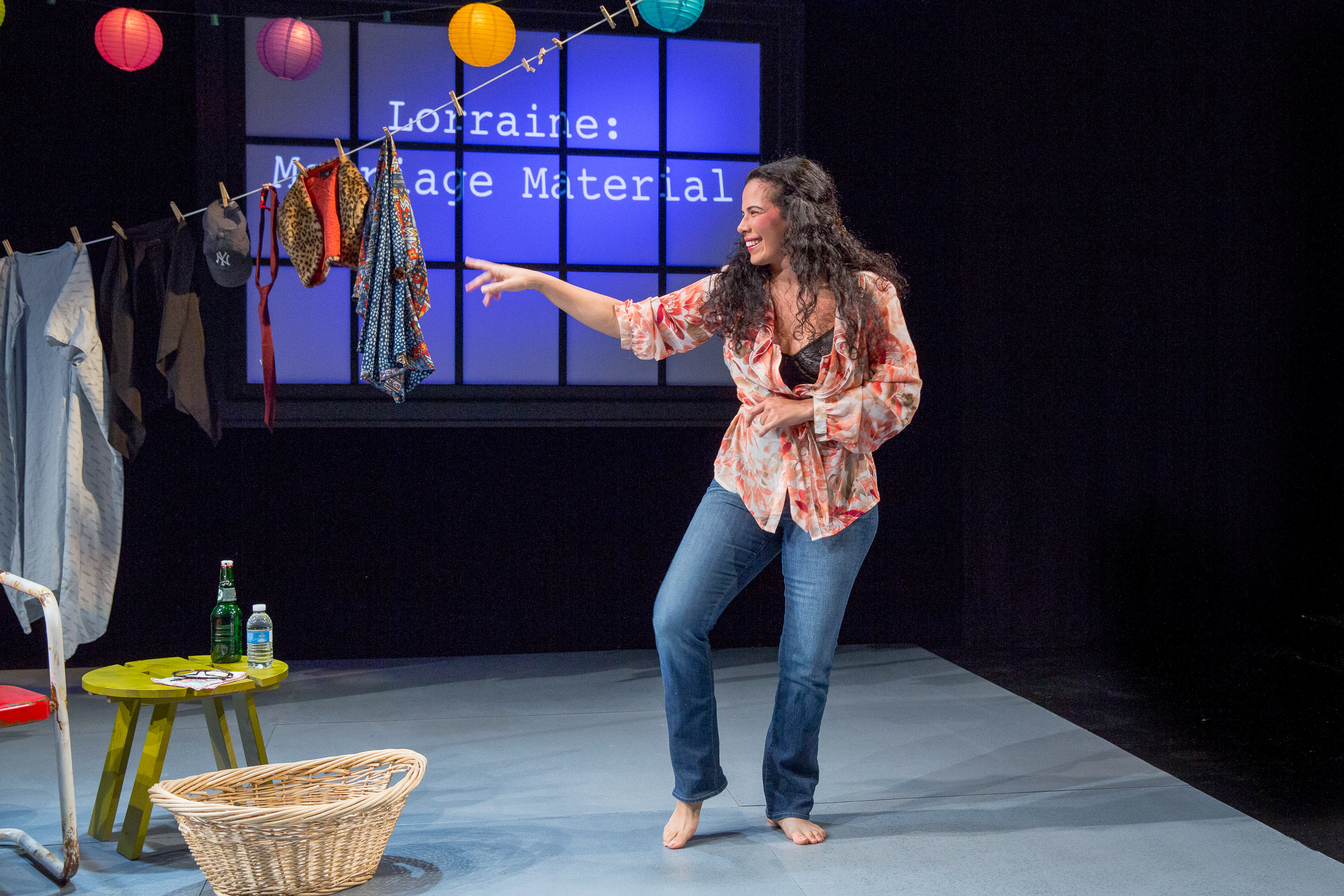 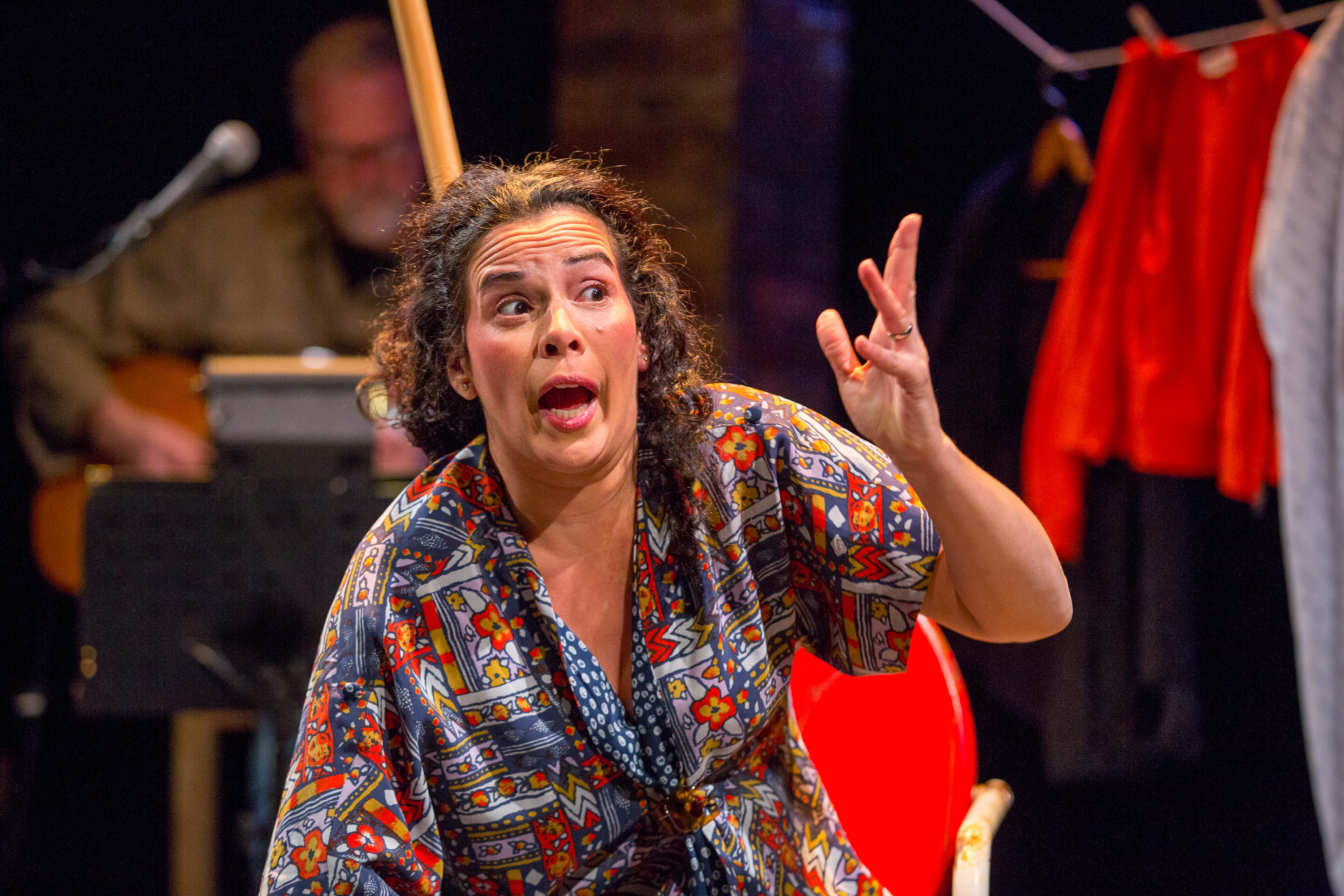 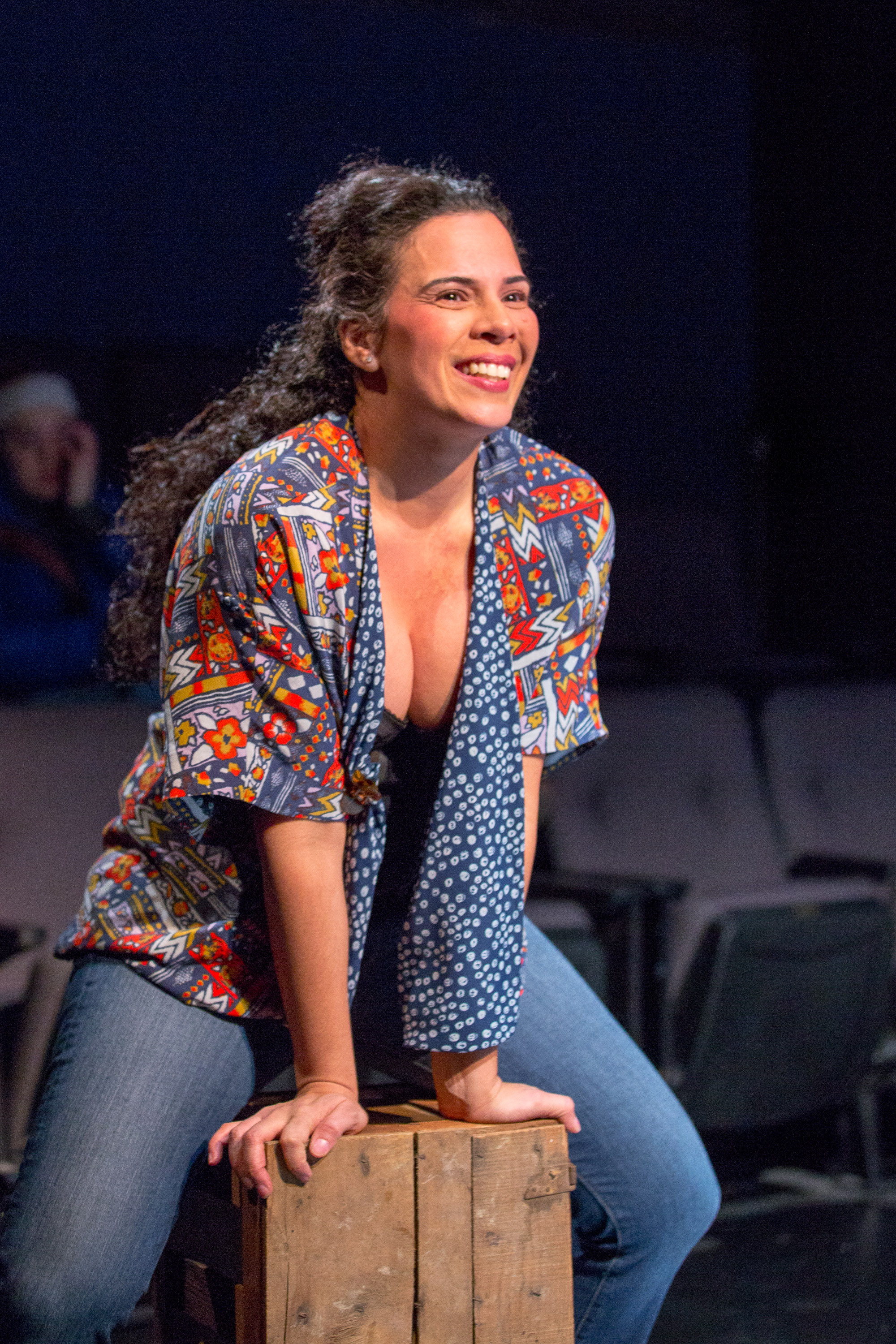 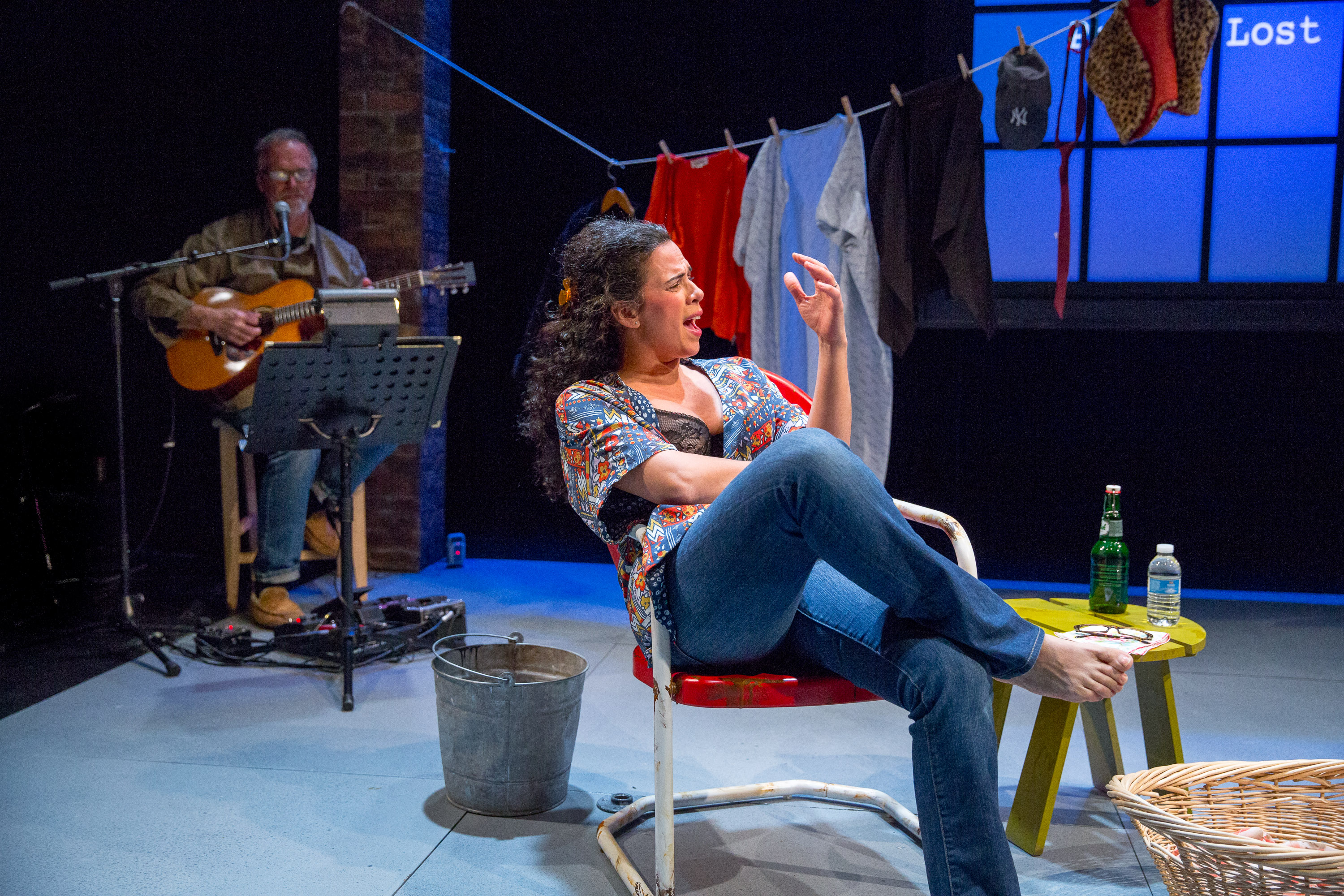 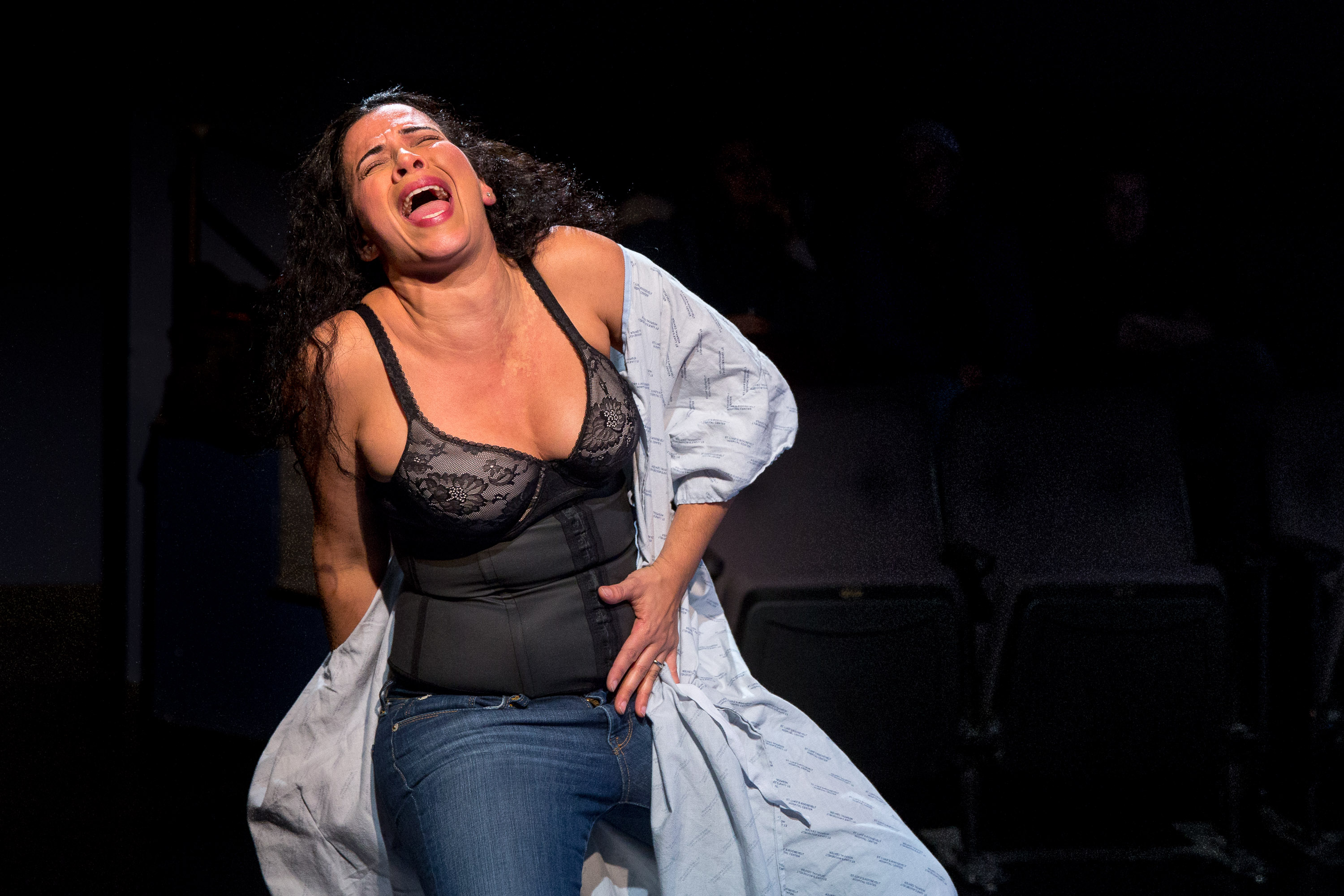 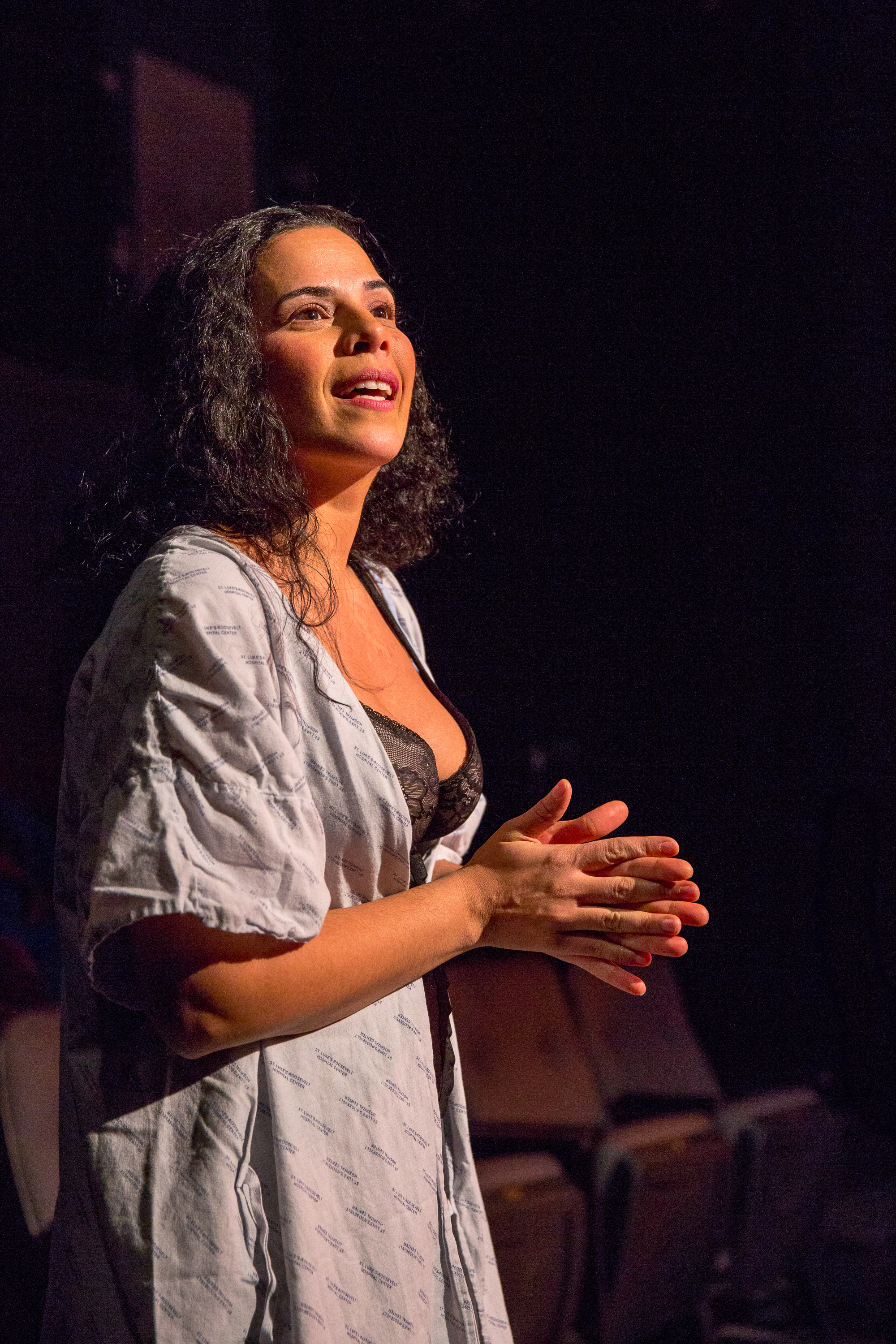